I started my journey at 5:15am taking a Kombi from my community to the main town of Manzini. From there I traveled to South Africa on public transport. It’s about a 5 hour ride to the main airport in Johanusburg. I met up with the other 7 Peace Corps volunteers I went on this journey with to then board another plane to Kenya. Then finally landing on the island country of Madagascar.

This country has very little American influence and unlike any country I’ve been to before. It definitely didn’t seem like I was in Africa anymore; more like in Asian country with European influences (most people spoke & street signs were in French). The people of Madagascar are called Malagasy people and most speak two languages; French and Malagasy. French is taught in all schools since the country was colonized by the French. There was political unrest in the country until 2009 to what degree of this in unsure. One thing that was very apparent was the concentration of people in the communities and cities we passed through. We drove for a minimum of 4 hours each of the 11 days. Dip and diving though curvy rural roads and about every 30min we would run into dense villages of people, then back to grassy countryside of no development. There is one paved road that guided us through most of the country where we were joined with semi trucks and a lot of bikes. Malagasy people always seemed to be out and about; working in their rice or veggie fields or engaging in a friendly foosball game and you could alway find someone growing, harvesting, drying or eatting rice. The small villages seemed to have very little development but the happiness of the people was easily seen.

The ground seemed to be with very fertile with lush crops. We ran into a “movie on the lawn” in one village we passed through. The villages seemed to have a very community feel, where everybody knows everybody. Each person has their job and each job goes towards the common good of the community. As a volunteer I know that it’s easy to see the good at first glance, but I’m sure the communities have their own struggles as the Swazi’s do.

-Hiked through a volcanic lake -Walked through two national forests one was a RAIN forest… Forgot my rain coat sadly. Both were reserves and saw 6 of the nations different species of lemur 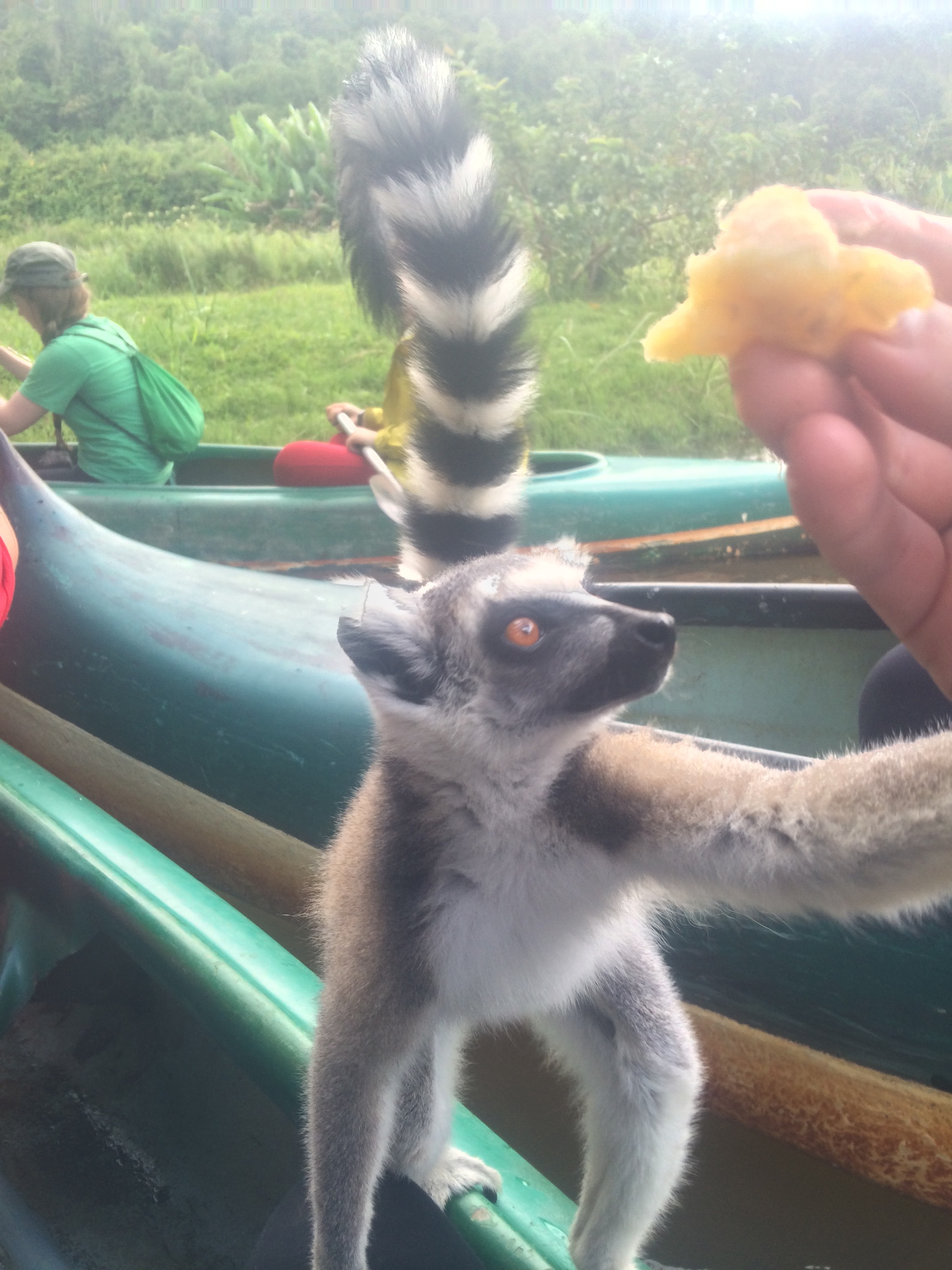 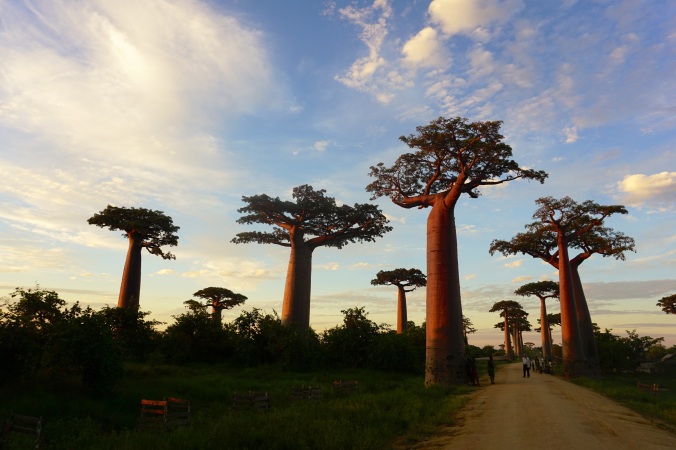 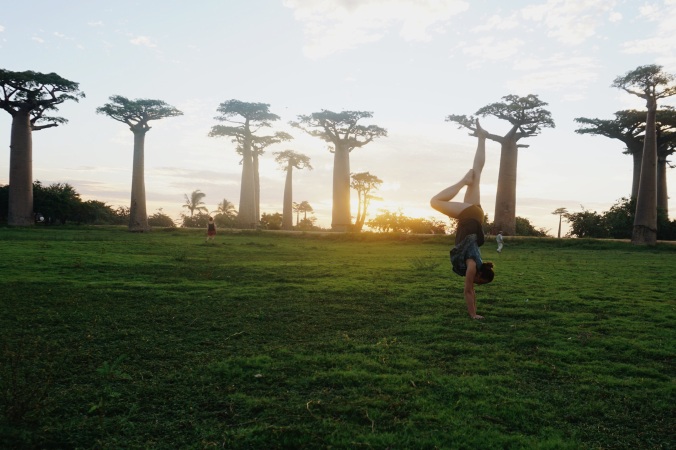 – Canoed to three different lemur islands to feed them bananas

– Viewed a mammal exhibit that shows all the different types of spiders, geckos, frogs, snakes, and camilliions that exists in Madagascar. 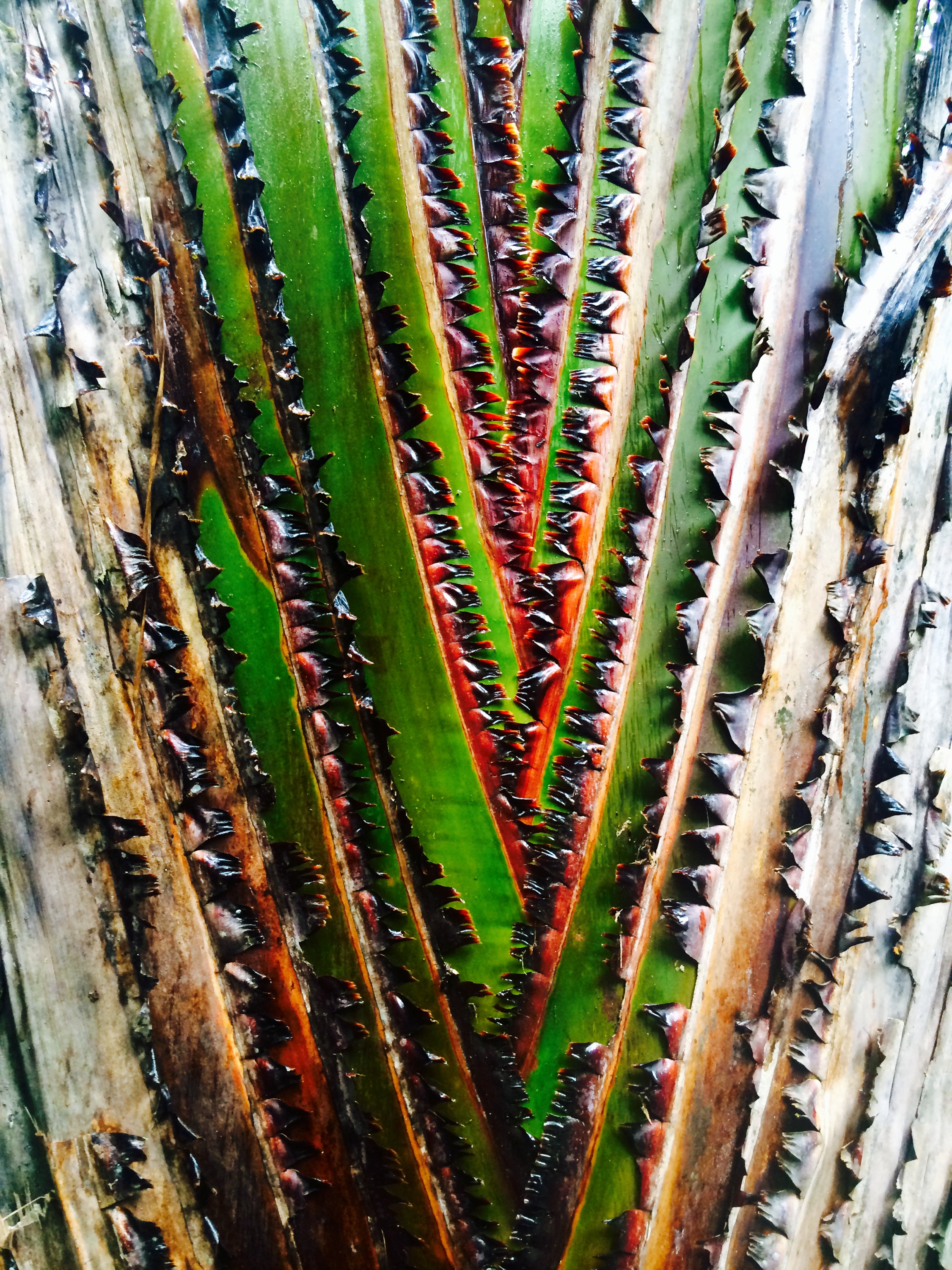 common tree found in northern part of the country

– explored the beaches of Mahambo

– had a Malagasy native message

– surfed & body boarded with locals (now I have been surfing in Hawaii, Australia, & Madagascar!)

– ate my to my hearts content traditional Malagasy food; duck, duck liver, pig ear, zebo, steak, pizza (which is amazing there), Malagasy DARK chocolate, and a lot of rice. 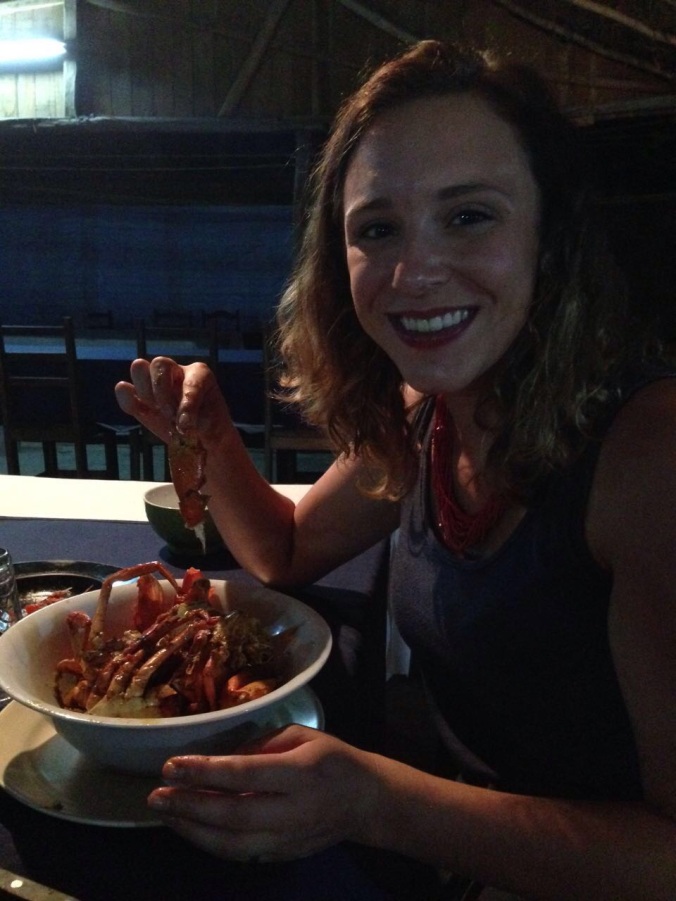 I’m so happy I had the opportunity to travel here and learn all about Madagascar with some wonderful people. 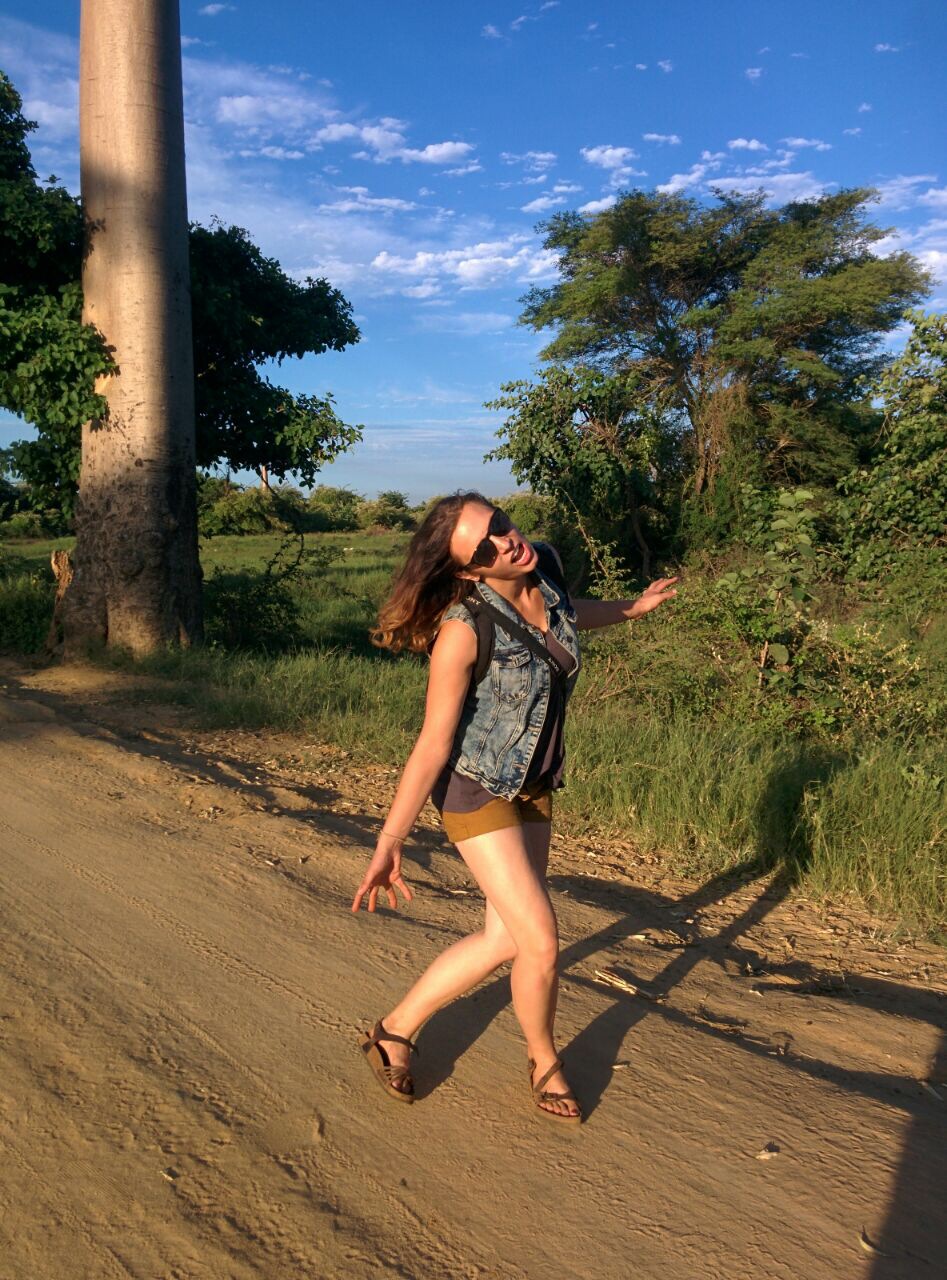 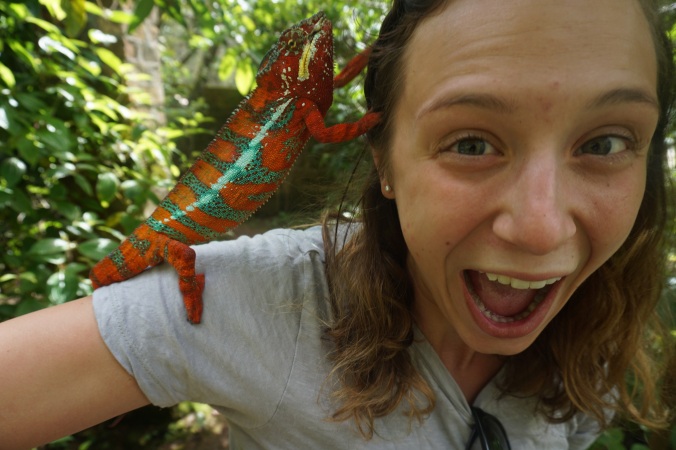 until next time with these lovely people

Packages are best sent to:

Always put "air mail" on letter or package
Include a list of items sent in package
Always put a low value on the customs form when filling it out
For letters Nobuhle is my siswati name so members of my community will know to give the letters to me.

*The content of this website is mine alone and does not necessarily reflect the views of the U.S. Government, the Peace Corps, or the Swaziland Government.*